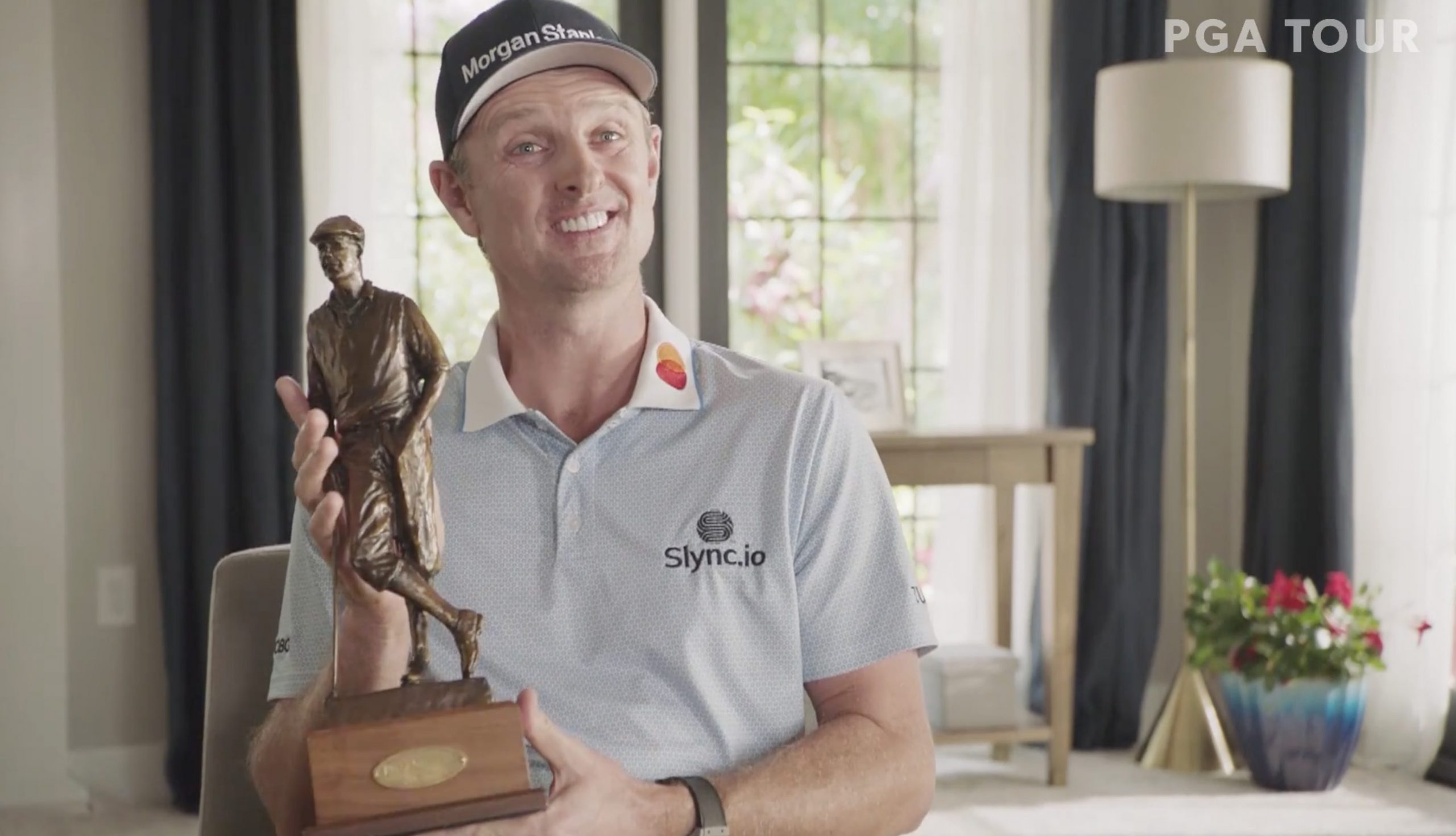 In recognition of his character, sportsmanship and commitment to charitable giving, Justin Rose has been named the 2021 recipient of the PGA TOUR’s Payne Stewart Award presented by Southern Company. Rose will be honored on Tuesday, August 31, at the Payne Stewart Award Ceremony in conjunction with the TOUR Championship. The ceremony will be televised live on Golf Channel as part of a “Golf Central” special from 7-8 p.m. ET at the Southern Exchange in downtown Atlanta.

Previous recipients have all distinguished themselves through their respect for the game, the TOUR’s tradition of charity and their ability to make a positive impact in the lives of others.

“I am truly humbled and honored to be associated with the enduring legacy of Payne Stewart through this award,” Rose said. “The Payne Stewart Award has become an annual celebration of Payne’s impact on the PGA TOUR and its players. I am forever grateful to be connected to a man who was the consummate professional on and off the golf course and will cherish being a Payne Stewart Award recipient well after my playing days are over.”

Rose, 41, was born in Johannesburg, South Africa, and moved to Hampshire, England, when he was 5 years old. He met his wife Kate in 2000 through her work at IMG, and the couple have two children, Leo and Charlotte. They established their own Foundation in 2009, and have worked tirelessly with charities in South Africa, the United States, the Bahamas and England throughout that time.

“Justin Rose embodies everything the Payne Stewart Award represents,” said PGA TOUR Commissioner Jay Monahan. “Like Payne, he has been one of the premier players of his generation while using his platform to better the lives of those around him.

“The inspiring progress that he and Kate have made through their family’s foundation is a terrific representation of how Payne chose to focus his efforts away from the golf course, by giving back and treating people the right way.”

In addition to a sculpture by Bob Pack presented to the recipient, the Payne Stewart Award is accompanied by an annual Payne Stewart Award Grant made possible by Southern Company. The $500,000 grant supports several initiatives in Stewart’s name and is distributed as follows: $100,000 to Payne and Tracey Stewart’s primary charity, The Stewart Family Foundation; $100,000 in Stewart’s honor to Payne Stewart Memorial, located in Missouri at Kids Across America, which is affiliated with Kanakuk Kamps; and $300,000 to a charity designated by the winner. Rose has chosen to designate the Kate & Justin Rose Foundation.

The mission of the Kate & Justin Rose Foundation (KJRF) is to “feed hungry tummies and curious minds” and has provided nutrition, books and educational experiences to children in Central Florida since 2009. To date, KJRF has raised more than $3 million, provided more than 500,000 hunger-free weekends, and more than 300,000 books to 29,000 children.

In 2020, due to the increased need during COVID-19, KJRF agreed to partner more closely with Blessings in a Backpack and start their own Orlando chapter: Rose Blessings Orlando. With an initial gift of $1.2 million to start this chapter, and an additional gift of $1 million, RBO went within the year from feeding 1,625 children to almost 5,000 hungry children on the weekends and during the summer holidays and are on target to achieve their long-term goal of feeding all 16,000 children in need in Orlando by 2030.

Overseas, in September 2019, following the devastation in the Bahamas from Hurricane Dorian, KJRF set about rebuilding the Grand Bahamas Children’s Home, which was totally devastated by Hurricane Dorian. Since then, the home has been rebuilt and refitted, and KJRF has created and funded a Mental Health Initiative and employed a full-time therapist for all 40 of the Home’s children who have already been through so much trauma in their young lives.

More recently, in their home country of England, Justin and Kate stepped up to support female professional golfers, who found themselves without any playing opportunities in June 2020 following the onset of COVID-19. The Roses created the “Rose Ladies Series,” an eight-tournament swing across the South East of England to provide playing opportunities and visibility for female golfers while their tours were shut down. In 2021, the Rose Ladies Series expanded to include some of the country’s most prestigious golf courses across England and Scotland for 11 daily tournaments to coincide with gaps in the Ladies European Tour season.

This is in addition to the “Justin Rose Telegraph Junior Golf Championship” that Justin has personally sponsored for the last few years with the vision of encouraging and growing golf at junior and grassroots level. There is no charge for any amateur under the age of 18 to enter and it is a tournament that has been close to Justin’s heart since he won it back in 1997.

Sadly, both Justin and Kate lost a parent to cancer when they were younger, and have been fundraising for Cancer Research UK since 2003, including partnering with popstar Niall Horan every other year for a Horan & Rose fundraiser.

“Those who achieve great results in life without regard for their impact on their communities are never as successful as the people who place the needs of others ahead of their own,” said Tom Fanning, Southern Company chairman, president & CEO. “Justin’s professional accomplishments are amplified and multiplied by the tireless philanthropy performed through his foundation. On behalf of the tens of thousands of Southern Company employees who, like Justin, use values like character, charity and sportsmanship each and every day to make their communities better, congratulations, Justin, on being the well-deserved recipient of the 2021 Payne Stewart Award presented by Southern Company.”